What is the Clery Act?

Signed into law in 1990, the Jeanne Clery Disclosure of Campus Security Policy and Campus Crime Statistics is a federal law that requires colleges and universities to disclose certain timely and annual information about campus crime and security policies. All postsecondary public and private institutions participating in federal student aid programs must adhere to these regulations. The Clery Act was championed by Howard & Connie Clery after their daughter Jeanne was murdered at Lehigh University in 1986.

History of the Jeanne Clery Act 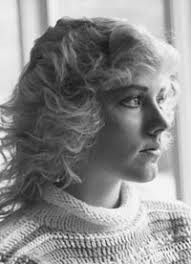 In April 1986, Jeanne Clery's life ended tragically when another student raped and murdered her in her residence hall room. Alarmed at the lack of transparency around crime and violence on college campuses, Jeanne's parents, Connie and Howard, committed themselves to create enduring change.
What is UCCS obligated to do?

To ensure compliance with the Clery Act, UCCS must meet obligations in the following three broad categories: (1) Policy disclosure; (2) Records collection and retention; and (3) Information dissemination.

What is considered a Clery Act crime?
Where can I get a copy of the Annual Security Report and Fire Safety Report (ASRFSR)?

UCCS publishes our Annual Security Report and Fire Safety Report.  The Annual Security Report contains a summary of campus crime statistics, responsibilities to report, campus safety and crime prevention programs, emergency notification systems and process, and other safety information. Additionally, pursuant to C.R.S. 18-3-412.5 the report contains information regarding persons who are required by Colorado law to register as sex offenders. The Annual Fire Safety Report includes information about Housing fire notifications, fire statistics, drills and evacuation procedures, fire alarm systems and fire education and training. This report can be read in full on the internet at: Report

If you cannot access the report on the internet, please call (719) 255-3111 or report in person at the UCCS Police Department located on the UCCS campus.

What is a Campus Security Authority (CSA)?

Campus Security Authorities are those individuals, offices or departments whose functions involve significant responsibility with students and campus activities.

To assist in the identification and reporting of crime on campus, the Clery Act regulations define a campus security authority as:

The function of a Campus Security Authority is to document and report, to UCCS Police, allegations of  Clery Act crimes that he or she concludes were made in good faith.

Campus Security Authorities are to use the  UCCS Crime Statistics Reporting Form to report crimes.